Looking back on the Location Tour of the Pilsen region

As part of the Finále Plzeň 2018 Film Festival, the Regional Film Office organized two location tours of the Pilsen Region. The first one focused on industrial heritage and the second one on Baroque monuments; the region has something to offer to film professionals in both of these themes. It presented not only monuments that already made history in audiovisual production, but also locations that offered a lot of unused potential.

On the first day, the Czech and foreign participants went to the mines in Stříbro, the Tachov chateau and the Světce Riding School. The location tour was completed by a tour of the Pilsner Urquell brewery headquarters and a practical workshop of serving beer. The next day, the participants visited the Prince's Brewery in Plasy, the Manětín area and the Ghost Church in Luková.

The Regional Film Office of the Pilsen Region was officially launched at the beginning of this year. One of its main goals is to introduce the region to filmmakers as a film-friendly region.

Please read the complete programme of the location tour. (92,55 kB) 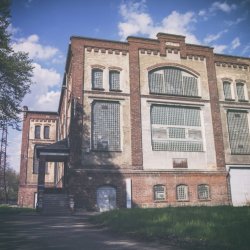