Manětín - the region of table mountains and baroque sculptures has attracted filmmakers for many years. One of the most recent examples is the filming of a new Czech Television mini-series on the life of Božena Němcová, starring Anna Kameníková and Anna Geislerová. It was shot at Rabštejn and Manětín in mid-October this year. A trip to the region around Manětín is for many people still a journey into the unknown. One feels thousands of years away from urban life and the rapid pace of today. The new month brings another tip for where to go searching for an interesting film location. This time, we will focus on the locations where one of the TV Nova’s most popular crime series, Modrava Police, was created. The three series were filmed around the area of Modrava, as the name suggests, and other locations including Kašperské Hory, and last autumn even the centre of Pilsen. 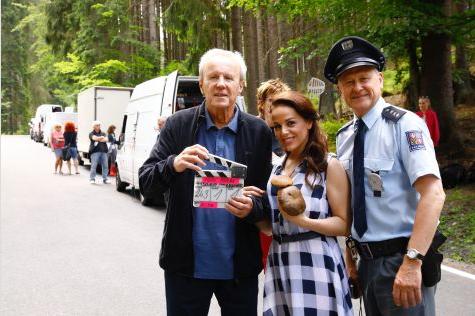 Wander through the Pilsen Region in filmmakers’ footsteps. The Regional Film Office of the Pilsen Region offers a selection of several locations where current or previous audio-visual pieces were created. With regard to the upcoming premiere of the long-awaited film by Václav Marhoul, The Painted Bird, we are introducing the small village of Olbramov near Planá as the first tip for a film-themed trip. 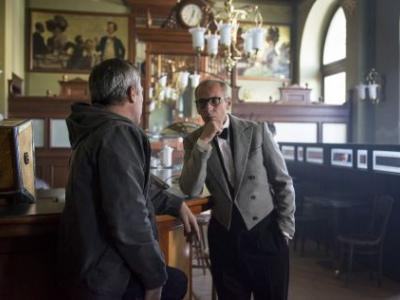 A historical drama from the era of border closures after the Communist takeover will open in cinemas in March next year.

The film titled Christopher tells a story of one of the hardest strikes against the Church and depicts the destruction of the monastic community in the 1950s. Director Zdeněk Jiráský was inspired not only by the life in totalitarian Czechoslovakia, but also by the border landscape of the Pilsen Region. This area has recently become famous thanks to the film The Painted Bird, directed by Václav Marhoul. We would like to invite you to the Pilsen region, where we are preparing a one-day location tour during the Finále Plzeň Film Festival.

Last year, participants visited places related to baroque and industrial topics, this year's location tour deals with the sudeten history of the Pilsen Region. Participants will be introduced the area of Konstantinovy Lázně, Bezdružice and Planá. LOOKING BACK ON THE LOCATION TOUR OF THE PILSEN REGION

As part of the Finále Plzeň 2018 Film Festival, the Regional Film Office organized two location tours of the Pilsen Region. The first one focused on industrial heritage and the second one on Baroque monuments; the region has something to offer to film professionals in both of these themes. It presented not only monuments that already made history in audiovisual production, but also locations that offered a lot of unused potential.